Well, after the year 2020 has been, it's lovely to have three races to write about today: the Ardingly PB 5k winter series, the Xero MK winter half marathon, and the Mallory Park 10k festival.

Here’s what Emma had to say about the race.

‘A levels and university were a massive drain on my mental and physical health. Trying to improve in athletics clashed with being a teenager. I really struggled to find a balance with everything going on in my life, with losing my hair from alopecia, the discomfort and misery of huge flares of eczema, and trying to adapt to a new lifestyle at university. I just couldn’t cope. The easiest thing was to take pressure off racing and training and try to reduce my stress, rather than add to it. This resulted in being out of training and racing for over two years.

‘When it was time to come back, I ensured that I gradually increased my training to avoid injuries. I had never lost much fitness (thankfully),so it was hard not jumping straight back into long runs and hard sessions, which I had missed a lot!

‘My last official 5K race was September 2017. Today, my first race since then, I obtained a 73-second PB of 18:28! (18:30:00 gun.) I was so anxious, and I really didn’t know if nerves would take over, but as soon as the gun went off, I felt in control. It felt natural to be racing again. I enjoyed it even more because I had this time taken away from me. It felt good to be doing what I love most.’
Emma Mears

All results can be found at https://resultsbase.net/event/4954/results?round=13996

All results are at http://www.titaniumresults.co.uk/results.aspx?CId=19747&RId=120&fbclid=IwAR0H0TijfkCQWq9qAyGTKM0_xrSBvyLU6RroDQOLI6c5yGf9zsJ8DqpEhTc 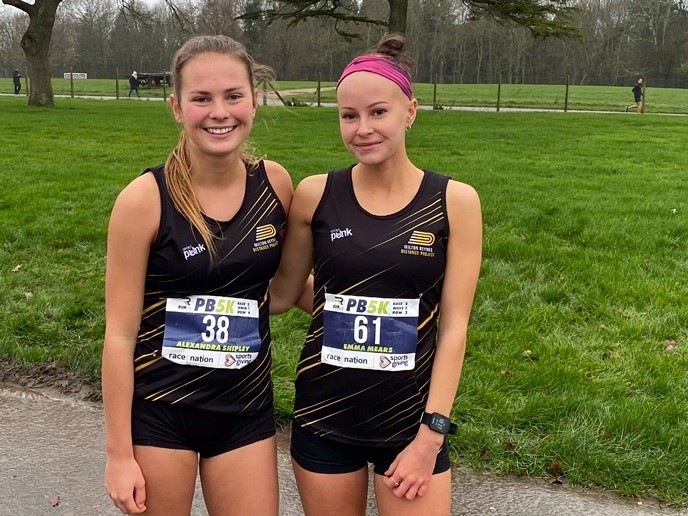