Huge congratulations to MKDP's Ben West, who achieved the qualifying time for U23 Euro champs in his race at the BMC Grand Prix, Sportcity Manchester, on 29 May.

Read on for Ben’s race report:

‘In the third race of his season, Ben was looking to achieve the European U23 Champs 1500m qualifying time (3:41) to push forward his claim for selection. Dropping down a distance this year to 1500m, Ben had shown good early season form. He had improved his PB in the event with each race and had been given access to the BMC A race, which contains a mixture of up-and-coming talent and seasoned athletes.

‘The race start saw the usual fight to get near the front, with Ben holding back to keep out of trouble. Then a gap opened up in front on the inside which allowed Ben to glide past a number of athletes to move up. Some more jostling after 100m saw him check his stride so as not to tangle with other athletes. The race then settled down a bit, with a strong pace being set by the pacemaker – around 57 seconds for the first lap. After 400m Ben was near the back but out of trouble and running strongly, the pace had settled and runners were starting to space out. A push at 700m saw Ben move steadily forward until he reached the back of the leading pack.

‘Going through the bell at around 2:40, people started to make their move, but this led to another tangle of athletes and another drop-out, with Ben able to find another inside line to stay out of trouble and join the leading group of five haring round the last lap. At 200m to go Ben increased his pace and started to challenge the leading athletes. Coming into the home straight Ben was working hard. He crossed the line in 4th place in a time of 3:40.82 – a new PB but, most importantly, under the qualifying standard for the European U23 Champs.

‘This race showed the strength of British junior talent in this event: of the twelve finishers, eight obtained new PBs, with three setting a new season’s best.’

Ben’s coach Kyle had this to say: ‘Ben has been training very well recently and has been doing what is right for him, so it was great to see it pay off. Ben ran a very mature race, keeping himself out of trouble for the first 800m and then positioning himself very well at the bell. He finished very strong to finish 4th in a stacked field, dipping under the Euro U23 qualifying time. Ben’s next races are the 800m at the Watford BMC Grand Prix on 12 June then the European trials at Bedford on 19–20 June for 1500m.’

Ben’s time in this race is also a new MKDP club record. Congratulations all round, Ben – what a fantastic achievement!

All race results are at https://www.thepowerof10.info/results/results.aspx?meetingid=412736&event=1500&venue=sportcity&date=29-May-21

Ben, we wish you all the best with your prep for your upcoming races. 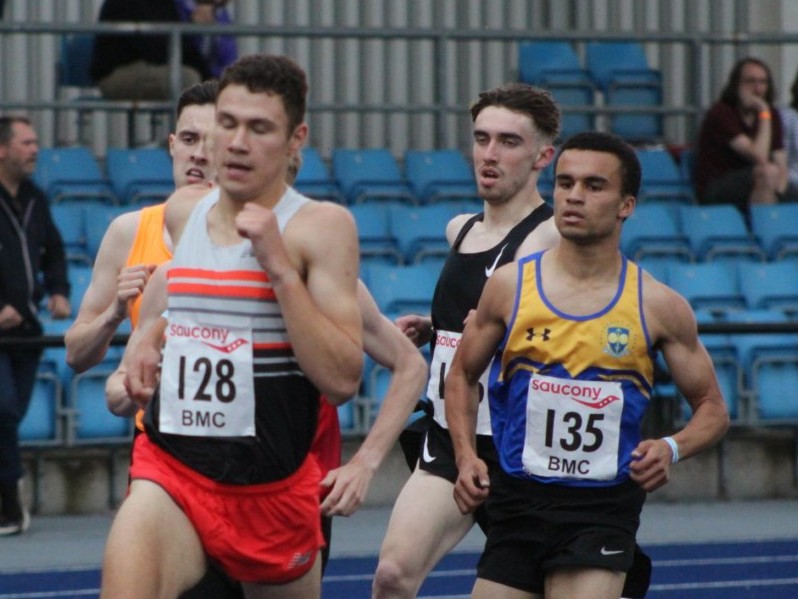