A huge well done to George Wheeler, who has just won the prestigious 6-4k (4-mile) Rice Invitational, which is held at Rice University, Houston (Texas),USA.

George won in a time of 18:43, helping his team, Lamar University, to third place in the men’s race.

George had this to say about his race:

‘I’d been really keen for this race for a while. After struggling with injury for much of last year and massively underperforming, I knew this race would finally give me the opportunity to show where my fitness is at. I didn’t really want to lead the race but wanted an honest pace so, despite my best efforts, I found myself at the front.

‘I worked to keep the pace respectable and was surprised to see how many people were still in the lead group at 2 miles. Another athlete took up the running for the next mile and opened a decent gap on me and some others. I wasn’t too worried, as I was confident I could catch him when I needed to. By mile 3 I had, as I expected, passed him.

‘By this point there were three of us competing for the win and, with half a mile to go, just 2. From here I put in an effort to gap the athlete behind me – he couldn’t come with me, leaving me to take the W.

‘I had every confidence that I was good enough to win this race, so to do so feels nice. It’s just the start, though, and there will be much harder races to come.’

What a fabulous achievement. Congratulations, George! 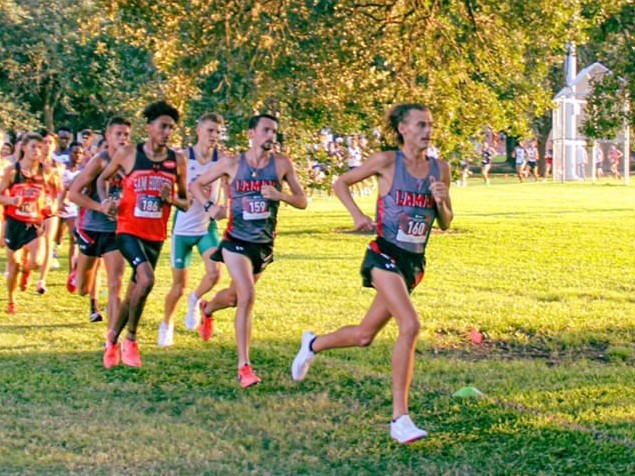