This is the second part of our three-part interview with Hannah and Luke.

Hannah England was a middle-distance runner who specialised in the 800 metres, 1500 metres and mile run. She is one of only five British women in history to have run under two minutes for 800m and nine minutes for 3000m.

As part of her university degree, Hannah spent a year at Florida State University. There, she competed for the university’s track team at the NCAA Track and Field Championships, winning the mile run indoors and the 1500m outdoors. This was a major achievement. She was also the first British woman to win both the outdoor and indoor US college championships.
Hannah won 1500m silver at the 2011 IAAF World Championships in Daegu and ran for Great Britain at the London 2012 Olympic Games, where she reached the semi-finals of the 1500 metres. Hannah announced her retirement from competitive athletics in January this year.

Hannah, I read an interview with you about your sixth-form days, when you were tempted to pack it all in. You said, “I didn’t have anyone to train with, I wasn’t running good times, it was miserable. I wasn’t enjoying it. That was when the On Camp With Kelly [Holmes’ middle distance running stable] started, and that really helped. Having other people my age to text and say, ‘Yeah, I can’t be bothered either, all my friends are getting drunk too, what should I do?’” What advice do you have for teenage runners who may be feeling the same?
Trying to succeed and improve in athletics can often clash with being a teenager. Physically your body is putting tons of energy into growing and changing – not always leaving a lot for athletics! And emotionally there are a lot of other things going on. Exams can be a further drain on your mental and physical energy, and socialising can often feel like the most rewarding and fun option.
If you’re struggling to find a balance between everything that’s going on in your life, it might be helpful to take the pressure off races and try to see athletics as a way to reduce stress, rather than add it. And this could actually end up producing better performances!
With socialising, it can feel really hard if you think you’re missing out on something. I definitely resented missing parties for running, and it took me until Year 13 or so to really begin to feel proud of the fact that I was trying to do something a little different to all my friends. Now, I’m so glad that I kept going as an athlete. I haven’t met a single university runner who wishes they’d quit in school!

You said on Instagram: “The 2019 track season was my last as a competitive athlete. I am so proud of my achievements on the track, and even prouder that they were done with integrity and joy. It was a privilege to be surrounded by so many talented and wonderfully supportive training partners, coaches and practitioners who bought the best out of me as an athlete and a person.”
Retiring must have been bittersweet – or was it? How do you feel about it?
Retiring was emotional because I have always loved training and competing so much, and the dedication and focus that comes with that. I’m so happy that I retired on my own terms, not through injury or illness, and that I could soak up last summer, knowing it was my last one competing.
I’m enjoying not having everything I do geared towards a physical performance, and I’m looking for a new challenge that can’t be derailed by a twisted ankle or badly timed cold! I’m lucky that I can still go training and support younger athletes and keep in touch with all my training partners.

You were chosen for the GB squad to compete in London 2012. (Hannah was 19th in the 1500 metres (semi-final).) Luke was not chosen for the squad. How difficult was this for you as a couple? How did you both feel?
That was a really hard summer for us. I picked up a really bad injury at the start of the track season that almost ruined my chances of competing at the Games, and Luke was agonisingly close to qualifying and fell over a barrier in his last qualifying opportunity, the European Champs.
It was hard for us to support each other emotionally when the stakes were so high. I was so, so pleased to make the team; I think having someone so close to me miss out gave me the perspective to appreciate the occasion as much as possible. Luke was brilliant at shifting his focus to supporting me, and experienced as much of the Games as possible as a spectator.

In 2017, you were elected the first chair of the UK Athletics Athletes’ Commission (UKAAC). What does this involve? And why did you want to do this? You also formed the Birmingham Athletics Academy (BAA) (https://www.facebook.com/birminghamathleticsacademy/),which offers weekly athletics sessions for kids in Edgbaston. Why were you motivated to set up this club?
Being chair of the UKAAC involves working with British Athletics and UK Athletics to try to ensure that athletes remain at the heart of many of the decisions BA and UKA make. I try to present them with how it feels to be an athlete in different situations and environments so we can work together to make things as good as possible for athletes.
I decided to start the BAA with my training partner Dean Miller because we felt there was a demand for an entry-level athletics club in our immediate area. There are some fabulous clubs in Birmingham, but many of them are oversubscribed and often inaccessible, thanks to our rush-hour traffic!
Luke and I really enjoy working with younger athletes and have loved developing our coaching at the opposite end of the pathway to our elite international competition experiences. We have a wonderful group of volunteer student athlete coaches, and everyone is working hard to give local children a really good introduction to athletics – and hopefully signpost them on to the great clubs to compete!

What’s the best thing about coaching?
Trying to give someone the skills and knowledge to improve themselves, whether that’s a 12-year-old throwing a javelin for the first time or a senior athlete learning to reach their potential.
You also commentated on the European Cross Country Championships for the BBC in 2017–18 – did you enjoy that? Have you plans to do this more regularly?
I really enjoy commentating: it’s a great challenge to try to articulate what you’re seeing in an entertaining and informative way. I’m really lucky to have had a great introduction to commentary by working alongside some really good established commentators. I’d love to do some more in the future, and build up my experience and skills.

What are you most proud of in your career?
The World Championships in 2011 (2nd) and 2013 (4th). I feel that making a British team is incredibly awesome, and to be able to produce my best performances of the year on the biggest stage is something I am very proud of. I love the fact that I achieved this while having a tremendous amount of fun. My coach Bud is amazing at creating a nurturing, positive environment, and this led to a conveyer belt of talent and lovely people to train alongside.

What do you most regret?
Turning down the opportunity to compete at the World Indoor Championships in 2016. I felt it didn’t fit in with my preparations for the outdoor season, but I wish I had done it!

And what’s the most important piece of advice you received when you were young?
Hannah: ‘If you stay in the sport, you could be really good.’ I think Bud said this on repeat to me from the age of 15 to 20. He understood the challenges of being a teenage athlete and progressing through the age groups, and always kept me focused on prioritising my potential as a senior athlete.

Thank you so much for speaking to MK Distance Project. We really appreciate it! 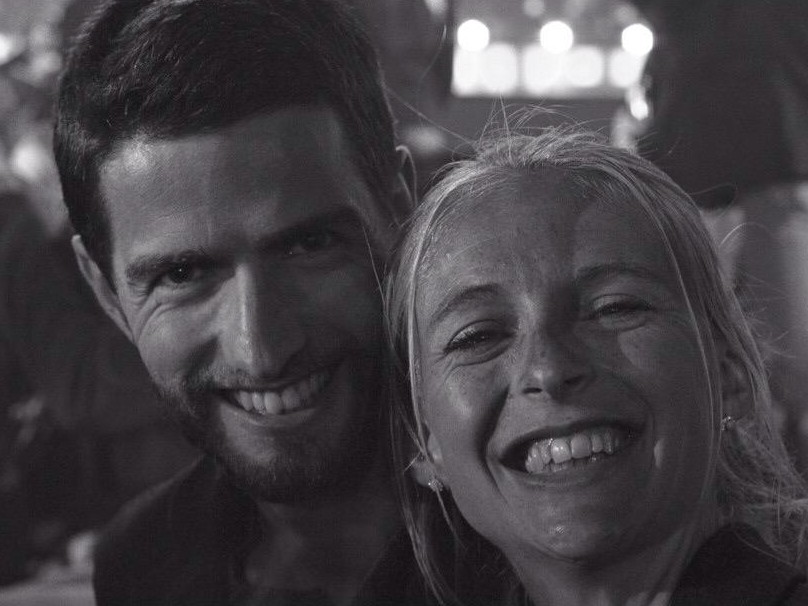