Well done to Mick Greener - a fantastic result in the Chelsmford marathon, run on Sunday 20 October. To see all results, go to
https://www.nice-work.org.uk/races/the-chelmsford-marathon/2019

Thanks to Mick for sending MK Distance Project a report on his race. Here it is...

"I’ve never been so glad to get to the start line of a race. I’d started to feel the taper madness set in about a week before this, my debut marathon. Every day I’d rested or headed out for a gentle four miles had felt like a day I was losing my hard-earned fitness and endurance, wasting the last four months of training. I worried about every twinge and niggle, whether I’d been eating enough and whether I’d been getting enough sleep. So it was good to finally be at the start. When the gun went, I was ready.

Initially, I found it difficult to settle down and I had to catch myself a few times in the early miles as my pace crept too fast. I decided not to bother trying to race anyone for the first half and ran a fairly isolated race until around 15 miles. The first of several big climbs started around mile 8, helping me control my pace, and my splits were nice and even. I took my first gel at mile 7 and my second at mile 14 after hitting the halfway point in just under 1:25. I was feeling good!

But that all began to change - and quickly. At mile 18 I felt a sharp pain in my knee and nearly stumbled. I decided to take another gel and ignore it, focusing instead on chasing down the runner in front of me, who was flagging. I caught and passed him, and gradually the pain in my knee began to fade, but I was accumulating lactic acid. Every hill was a battle. I knew that everyone would be hurting after mile 20 so I worked hard on the hills to catch up more runners.

By mile 24 I had made up four places and I knew it was a gentle downhill all the way to the finish. I set my sights on the two runners a hundred metres ahead of me and passed them as I kicked to the finish with a mile to go. I finished in 7th place in a time of just over 2:51 - underneath the magic 3-hour mark and, more importantly, a 'good for age' time for London 2021."

Well done to Mick, and best wishes to him for his prep for London 2021! 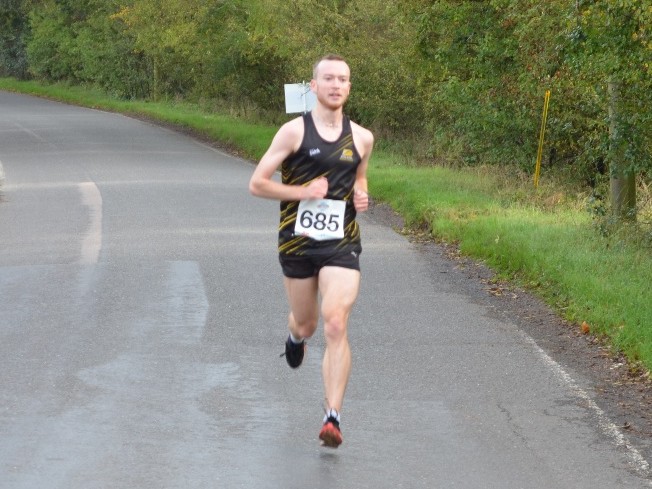