'After running the Boston (UK) marathon this May, I gave myself a week off running before planning another marathon block for London at the start of October. The training wasn’t always plain sailing, and getting Covid in late July certainly didn’t help. I therefore knew, as the weeks ticked down, that I wasn’t quite in the shape I’d been for Boston, where I’d just sneaked under the 2:43 barrier. I knew that London would be a slower course, so I guessed that I’d be around the 2:47 mark. Since the start was fast and downhill towards Woolwich, I decided to run the first half in 1:23 then maintain a steady, if slightly slower, pace during the second half.

'London was my third marathon. Just like in the first two, I cruised through the first half, enjoying the sights of Greenwich, the Cutty Sark and Tower Bridge, and taking a gel at mile 8. The temperature was cool but not cold and, unlike the previous two marathons, there were huge crowds around the entire course. My splits were consistent and I was feeling good. The only downside was having to weave between the older contestants in the Age Group World Championships, who had started before us. I took a second gel at mile 14 and let the tailwind carry me towards Canary Wharf.

'Canary Wharf proved to be the mentally toughest part of the race. We zigzagged between skyscrapers for five miles, but it felt like much further: I was just waiting until the course turned west again for the long push towards Buckingham Palace and the finish. The GPS was thrown off by the tall buildings, meaning I couldn’t get any feedback on whether my splits were consistent. Trusting in my training, I ignored the watch and pushed on towards mile 20, taking another gel.

'When I was finally out of Canary Wharf, the temperature began to climb and I had a headwind to contend with all the way to the finish. I was able to maintain my discipline here to keep my splits very consistent, and took my fourth and final gel as athletes all around me began to flag or were broken by the course. At mile 24 I kicked on towards the finish, raising the tempo just enough to finish strongly but keep the calf cramps at bay.

'As Buckingham Palace loomed, I cut loose, finishing in a respectable time of 2:47:16 and placing 765th overall. Time for some rest and recovery before the Chilterns start in two weeks!'

What a fantastic race report, Mick - thank you. Congratulations on a great time!

For all results, see: https://results.virginmoneylondonmarathon.com/2021/ 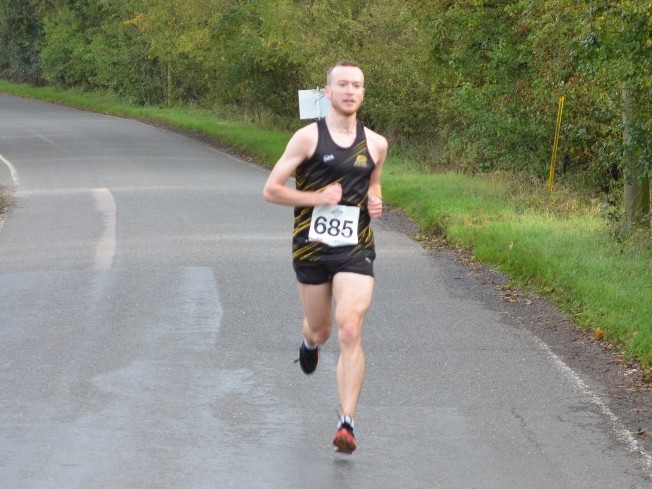