Saturday was a day of two halves. Until 1pm the weather was good and dry. The ground was soft but not too muddy. Then the rain started… However, MKDP athletes were not deterred and turned in some fantastic performances on a course that by the senior men’s race took place looked like a sea of mud and was very squelchy and slippery.

Ben West was 14th in the Cross Challenge in the under 17/junior men race: a disappointing race for Ben, in which a marshal sent the leading group the wrong way, costing them valuable time and places. There were 135 runners.

The senior women’s team won this match and the senior men’s team was 4th! A huge ‘well done’ to all. The full results are at http://www.chilternccl.co.uk/cl2019m21.htm

Yesterday was a great team effort by everyone – well done to you all. And a shout-out to all the parents and friends who came along to support MKDP athletes!

We need as many runners as possible to run each Chiltern League match and win points for the club. See you on December 7: Luton (Stopsley Common). Fingers crossed for better weather then! 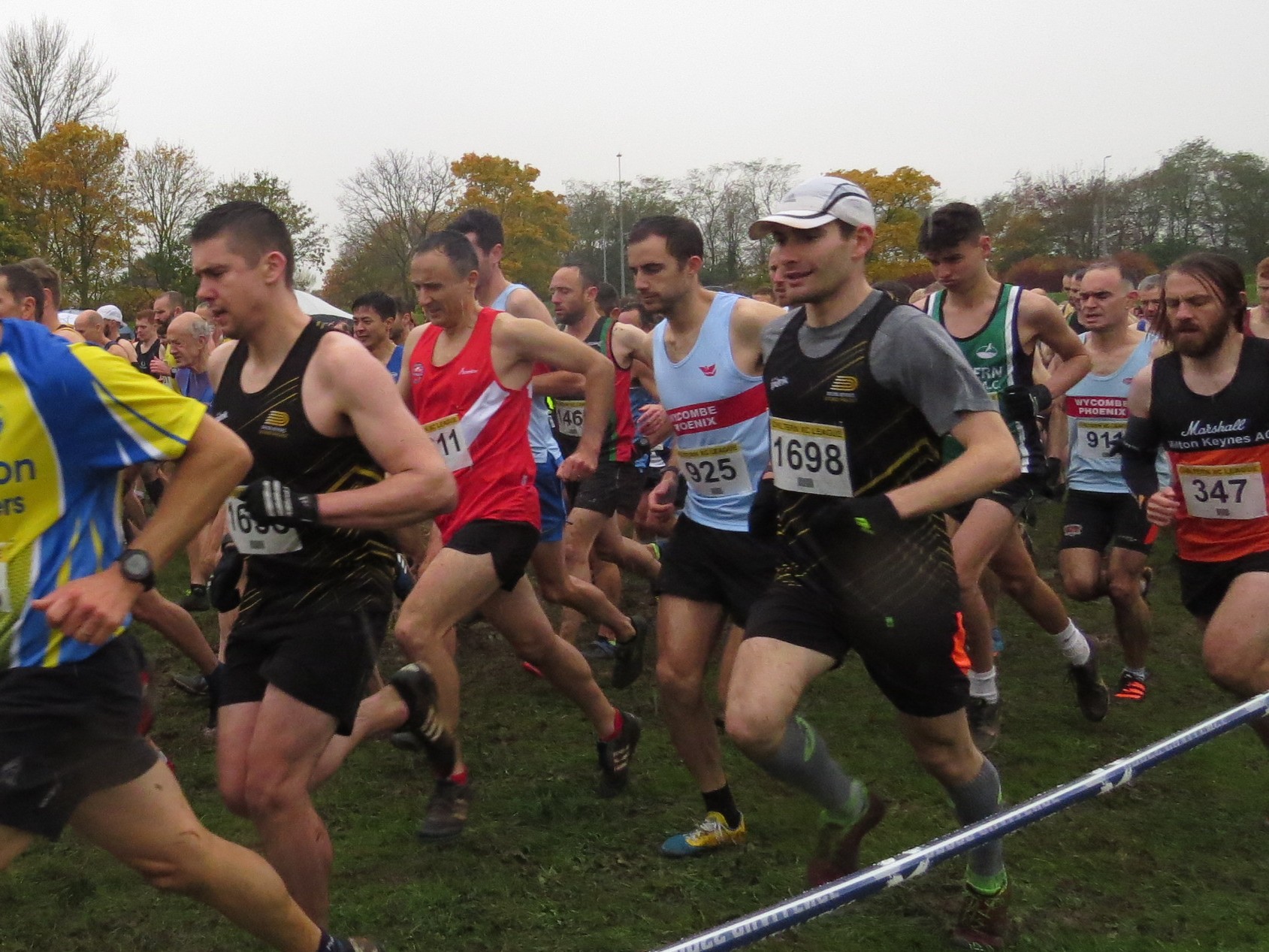