Congratulations to Mick Greener, who was 3rd in the half marathon at the MK Festival of Running. Here's Mick's race report:

'With London just four weeks away, I wanted to set a good foundation with the half at the MK festival of running. Ideally I would have wanted to finish in around 75 minutes, but with my fitness not quite where it was earlier in the year and with temperatures already over 23 degrees by the time the race started at 10:30, I decided to settle for a more modest time.

'I made the most of the fast downhill start by leading the pack for the first two miles, as I knew the rest of the course would be pretty unforgiving. After this I settled into a second pack behind the leaders and the race became a slog, with the temperature and humidity climbing even higher and the twisting redways constantly breaking everyone’s rhythm. I managed to keep the pace steady through this middle section, but it was tough going.

'With two miles to go, the dreaded climb towards Campbell Park began, but I raised the tempo as I could see the athletes ahead of me beginning to suffer. I passed three athletes to consolidate third place at the top of Campbell Park. From here, with a little over half a mile to go, I decided not to push for second, as I still had one eye on London. Instead I cruised over the line in third in a respectable time of 77:31, given the conditions.'

Well done to Mick, and we wish you all the best for the London marathon! 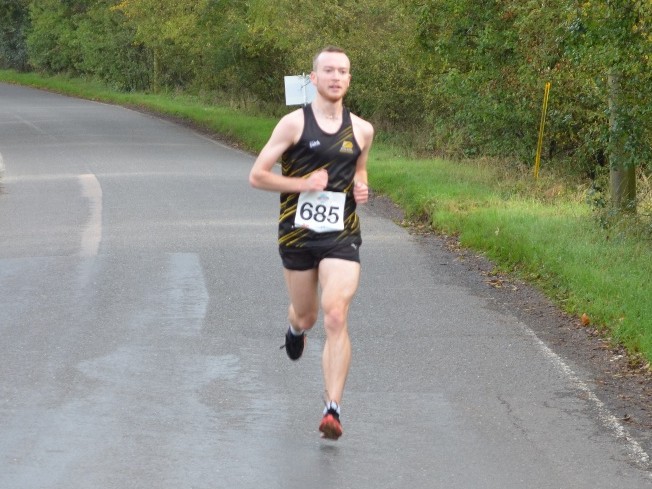